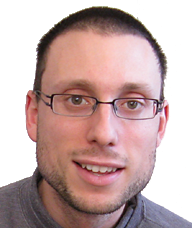 Edwin is the producer of the show, as well as co-host for all episodes.

A Mac fanboy who pretends not to be, and sometimes the other way around, Edwin will often defend the Apple critics. When teamed up with Cameron Collie the two can be a formidable force against the Mac nay-sayers!

To the disbelief of his co-hosts and many of the listeners, Edwin is still without a Facebook account (and has never had one).

Edwin comes from a background as an amateur programmer, web developer, and radio host. He operates his own LPFM radio station in Wellington, New Zealand.

Edwin is based in Wellington, New Zealand.

Boys of Tech on iTunes

Visit our podcast on the iTunes Store:

Boys of Tech 383: They hold their cards close to their chest

Boys of Tech 382: People wandering around almost like zombies

Boys of Tech 381: Trolling the FBI